How Much will my Insurance rise with a California traffic ticket? … UP, UP, and AWAY.

A traffic ticket is just an infraction, right? What could a silly little speeding ticket do

In California, a single traffic ticket could cost more than just the price of the ticket

itself. The collateral damage that a traffic ticket could do is vast. The biggest concern

ticket is on your record with a bad mark (referred to as points).

Earlier this year, the San Francisco Chronicle set out to see exactly what affect a

point on your record will have to your insurance costs over the years. What they

found is quite disturbing. A single incident could cost you thousands of dollars in the

long haul. Further, it is important to note that not all offenses are made equal. One

The study was done by the company called InsuranceQuotes. What they found is

that a typical moving violation, such as failing to yield or passing on solid yellow

lines, would raise a hypothetical driver's premium by 32% on average in the state

of California. Compared to a 19% increase nationally. Speeding is one where

Ticket attorney to fight the case. This is because going anywhere from 1 to 15 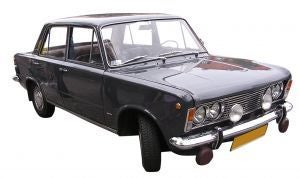 One California Traffic Ticket Can Raise Insurance Rates and Make Owning a Vehicle Expensive. Even if you have to drive an old rusty beast of a vehicle.

Major traffic violations, such as driving under the influence of drugs or alcohol

(DUI) or reckless driving offenses, would raise premiums by roughly 183% in

While these numbers are an average, your rates could go up even more

determine if the risk of insuring you at a certain rate is worth it. In the end,

customer or they can simply drop you as a customer.

The study has been criticized because it seems to be at odds with proposition 103, approved

by California voters in 1988. Prop. 103 states that auto insurers must use three

of driving experience. Of these, driving record must have the largest amount of

They may use up to 16 optional additional factors, which have all been approved

by the Department of Insurance, including severity and frequency of car

accidents near the customer's home, how long a customer has been with the same

After the insurance company calculates your premium based on the above

approved rating factors, the insurance company must give you a 20% “good

1. Have been licensed and in good standing for the previous three years.

2. Have not have been at least 51% at fault in an accident that caused bodily

injury, death or property damage over $1,000 in the past three years. Note

than $1,000 in damage or if you were not at fault for the accident.

3. Have not had more than one point for moving violations in the past

DUI), are two points on your driving record and you will lose your good

Don't let insurance rates rise with a California traffic ticket. Contact the kind folks at Beahm Law to get you out of a jam and save you from shelling out cash to your insurance company.